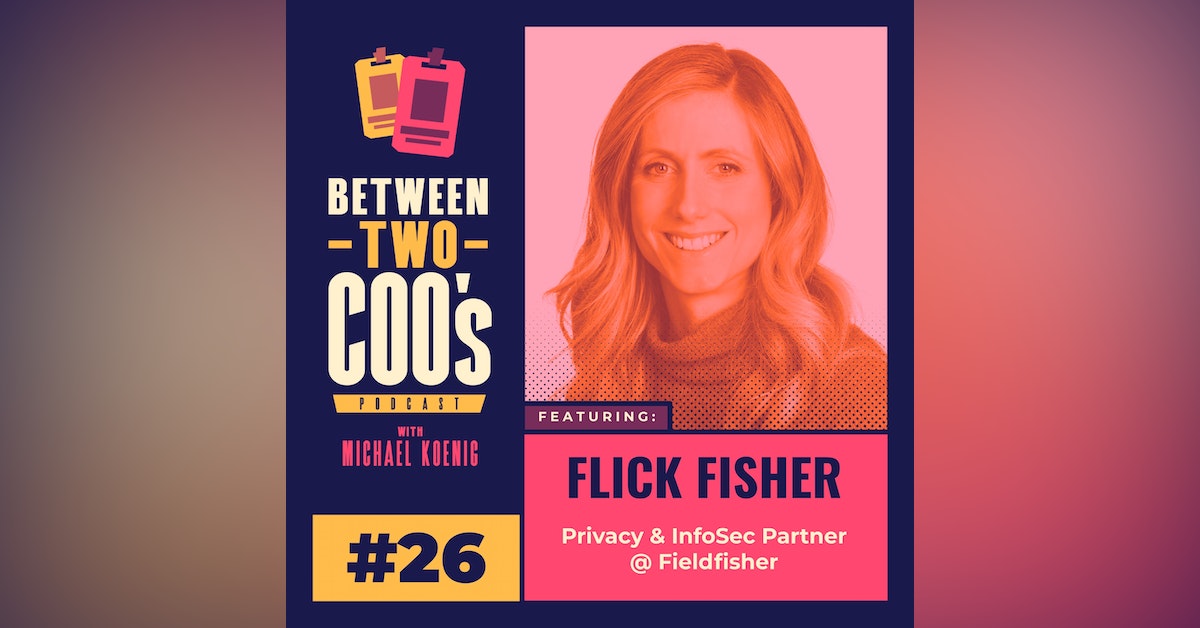 This week on B2COO’s, lawyer, data privacy expert, and Partner at Fieldfisher’s Technology and Data Group, Felicity “Flick” Fisher joins Michael to dive deep into all things data privacy and GDPR, including:

On this week’s episode, Michael’s joined by Felicity “Flick” Fisher, Partner and de facto COO of the law firm, Fieldfisher. Flick breaks down all things privacy and data related, including the European Union’s General Data Protection Regulation, where privacy and data laws may be headed, and the impact privacy advocates have had on the space.

Now amongst the top InfoSec legal experts, Flick’s journey in the space began when she moved to the Bay Area in 2015. Initially joining her firm, Osborne Clark’s, Palo Alto office to focus on transactions in the tech industry, her move coincided with the emerging push for increased data privacy regulations. In January 2016, Flick moved to Fieldfisher as an Associate and the fourth employee of its newly formed Privacy, Security, and Information Group, immersing herself in all data privacy matters, with a particular interest in EU compliance as the GDPR was implemented. Since then, Flick has become a Partner, stepping into a de facto COO role, and overseeing the firm's day-to-day operations.

Where to find Flick:

As mentioned on the episode:

Email has been submitted.